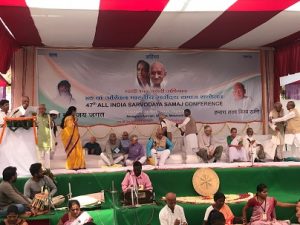 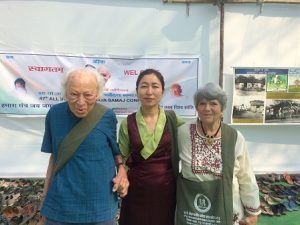 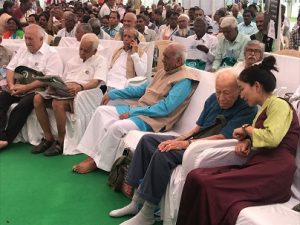 The 47th Sarvodaya Samaj Sammelan/conference, Feb 23rd to 25th 2018, was held at Sevagram, Wardha, Maharashtra. The event was the commemoration of the 150th Birth anniversary of Kasturba Gandhi and Mahatma Gandhi. ANEC was invited to attend the conference, which was attended by 4,000 delegates from all over the country and around the world. The enthusiastic crowds reiterated their commitment for a peaceful world, one based on Gandhian values. ANEC’s principal supporter Rabbi Everett Gendler attended the conference as a spokesperson, along with Dr. Mary Gendler and Ms. Tenzin Lhamo.

Historically, the conference was held in Sevagram where Sarvodaya Samaj was born 70 years ago. He is the grandson of Mahatma Gandhi, and when inaugurating the event he appealed to the delegates to investigate and adopt the radical principles that Gandhi enunciated in Ekadasha Vratha. The Sammelan had a high level of participation from youth, women and Avadasis. This indicates the youthfulness of the emerging Sarvodaya movement.

On the international level, terrorism, threats of war, discrimination, violence and gross inequalities are huge threats to world peace. Indeed, one may say, they are imperiling the very existence of humanity on the planet. The exploitative, global tendencies of neo-colonialism and imperialism are filling the world with poison and hatred. Gandhi said “I do not wish to live in a world which is full of violence, and without peace.” The thinkers of the world are unanimous in feeling that it is only the Mahatma’s values of truth, nonviolence and love that can save the world from destruction.

“We continue to embody his ideals and to apply his vision of life’s possibilities. All lives are precious and also imperfect, and a few are extraordinary. The challenge of modern life is how to preserve these elements and use them for our own daily inspiration.”  Everett also elaborated on the most famous image of Dr. King, with the hope that we may thereby have him with us as we travel. 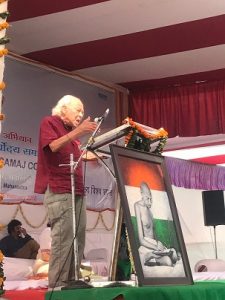 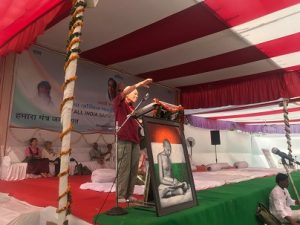 The iconic image: King was a dreamer. He dreamed dreams and had visions of what the future could be. His famous ‘I have a dream’ speech is widely known and can be seen on YouTube endlessly. His portrayal of the future gives us hope and lifts us with encouragement. Big dreams begin with small steps but can be achieved.

Dr. Mary Gendler talked about a project that she and her husband had been involved with since 1996. She narrated the story of their visit to Lhasa and other Tibetan places. There they saw the sad and unfortunate situation the Tibetans face under the repressive, hard-line policies of China. They found the Tibetans utterly frustrated and living with tremendous despair. The Rabbi and his wife strongly felt they should introduce Western nonviolent strategies to the Tibetan people. She talked about how ANEC became an institution. After an audience with His Holiness the Dalai Lama where they briefed him on their plans to introduce active non-violent strategies to the Tibetan community, they received full support from him and the Tibetan cabinet. 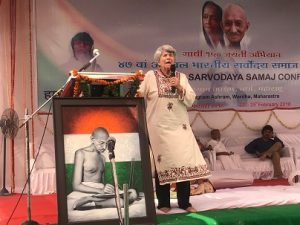 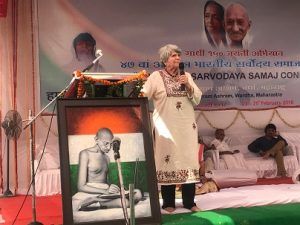 Executive director Ms. Tenzin Lhamo talked about the workshops that have been held so far. There have been more than 100 workshops, open forum discussions and training sessions. There have been more than 6,500 participants, both Tibetan and non-Tibetan. Through education, people can learn how to resolve conflict on all levels, using peaceful and non-violent strategies. She further talked about peace, nonviolence, hope and humanity based on the Buddhist traditions of non-violence. She said, we must realize the purpose of our life. Everybody wants to be happy, nobody wants misery in life. We need to see each other’s suffering as our own. Not just in terms of words but in true sense. As the saying goes, “Actions speak louder than words.” When we think about hope and humanity the mind itself opens up. And when we accept that others have a right to peace and happiness equal to our own, the differences and walls of caste, creed, culture, gender and religion- everything falls away. After all, we are humans first. We are born as humans and we belong to humanity first.” She also thanked all the speakers and the Sarvodaya family. She ended her speech with a quote by H.H. the Dalai Lama. “Peace starts within each one of us. When we have inner peace, we can be at peace with those around us.” 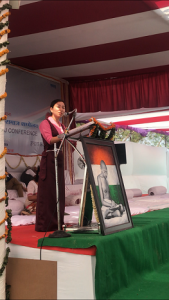 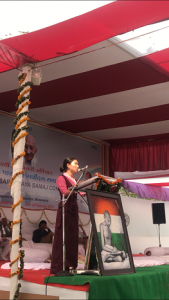 It is a matter of sadness that even after seven decades of independence we still have inequalities and discrimination, gender inequity, and terrible poverty. We are still under the domination of globalized institutions which dictate the development paradigm. Gandhians are working to remove these curses on society. We take a determination here to free the villages and urban Bharat and the world from inequality, injustice, exploitation, violence, and attacks on women and children.

If we want to save the world, we have to work for a world without wars. Peace and love only can create a path of prosperity in the world today. The Sarvodaya Samaj Sammelan appeals to all peace loving people of India to become united infighting divisive forces. 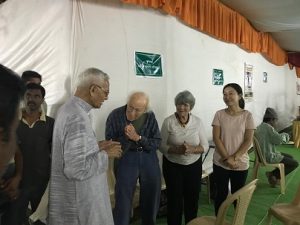 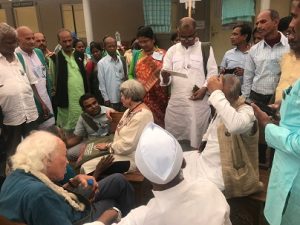 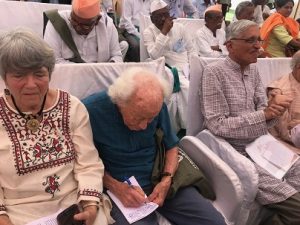