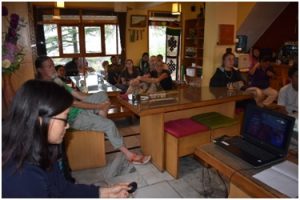 On 27th July, 2018 Active Nonviolence Education Center screened a 48 minutes documentary film based on the 2008 Tibetan Nationwide Uprising which plays a significant role in the history of Tibetan resistance. The film was screened followed by audience discussion at Common Ground Café, McLeodGanj, Dharamshala between 3 pm to 4:20 pm. The reason behind screening the documentary film was to commemorate the 10th Anniversary of Tibetan Nationwide Uprising and an attempt to make people aware of what had happened during the particular uprising, its causes, significant and how the demonstrator staged a peaceful protest against Chinese rigid policy. Despite of the unprecedented repression Tibetans didn’t retaliate instead resisted nonviolently. Around 14 people Tibetans and foreigners from different countries attended the film screening.

Ms. Tenzin Lhaze, Assistant Trainer and Teaching officer gave a detailed introduction about ANEC and how it was successfully institutionalized under the guidance of His Holiness the 14th Dalai Lama and unwavering visions of Rabbi Everett Gendler and Dr. Mary Gendler 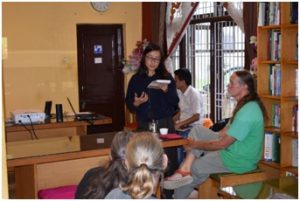 Subsequently, Mr. Thupten Choephel, Trainer and Research officer briefed them regarding the Causes and significance of Tibetan Nationwide Uprising. Where he mentioned few concrete causes which ultimately led the eruption of massive revolt in the history of Tibet against the Chinese repressive Government 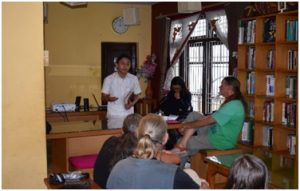 The Film screening concluded with the vote of thanks to all the attendees from ANEC’s staff. Overall the Screening of documentary film was productive.