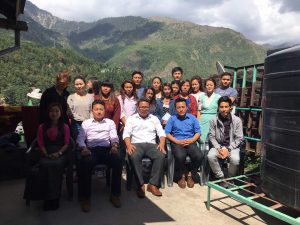 DAY ONE: Mr. Wangdue Tsering, Executive Director of ANEC has given introduction of ANEC and how and why it was formed under the guidance of His Holiness the 14th Dalai Lama and with relentless efforts of Rabbi Everett Gendler and Dr. Mary Gendler.

Mr. Gelek Namgyal, Head Consultant of TCC, Dharamsala inaugurated the workshop by welcoming ANEC staff and urged the participants to take the best out of  this two half day workshop by stressing how important the contents are. 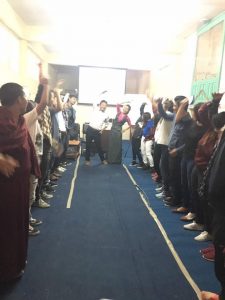 ese economic and military power is growing day by day.

DAY TWO: Miss Tenzin Lhamo, ANEC Assistant Trainer introduced ‘Nonviolent Communication’ and spoke on various means of nonviolent communication which helps in identifying the cause and how to deal with the negative emotions rather than suppressing or repressing it. She narrated a story to make it more understandable.

She further spoked on the four choices of hearing a message to have a constructive dialogue.